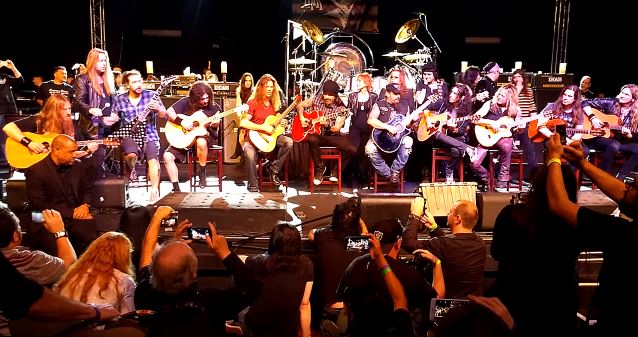 Founded in 2013 by former WHITESNAKE drummer Brian Tichy and his producing partner Joe Sutton, the event is aimed at recognizing the incredible contributions of the late Ozzy Osbourne guitarist, whose life was tragically cut short at the young age of 25.

The third annual star-studded evening featured several iconic metal and hard rock artists performing some of Osbourne's greatest hits, including "Crazy Train" and "Over The Mountain".

Fan-filmed video footage of the concert can be seen below (courtesy of Heavy Metal Hill).

Tichy said about his decision to launch the event: "I love Randy Rhoads! He came into my life right at the same time I was learning guitar: 1980. He made me want to learn every note he played. I was already a drummer, but the guitar was right there with the drums, and a lot of that initial inspiration came from Randy's playing on 'Blizzard Of Ozz'. I didn't know what I was doing, but I really wanted to play like Randy Rhoads."

In a 2012 interview with Guitar World, Sarzo was asked if still sees Rhoads' influence today — and if he still thinks about him. "I think about him enough to have to sit down and write a book to answer the No. 1 question I get asked around the world: What was it like to play with Randy Rhoads?" Sarzo said. "He's such an influential musician even today, 30 years after his passing. The way I put it is, in any post-Randy Rhoads guitar player, I always hear some kind of influence in their performance, even in their compositional style. Every time I receive an email or a message on Facebook or whatever, from kids, young guitar players, 10, 14 years old, they say, 'Man, I discovered Randy Rhoads. He's my favorite guitar player.' That really touches me because it's great to hear a new generation giving Randy the credit he deserves for being the well where most guitar players drink from. He has influenced generations and still does. So do I think of Randy every day? Of course I do. We all do. All of us that got to know him and perform with him. We have that common. We'll never lose that bond, that thread, our admiration toward Randy as a musician and as a friend." 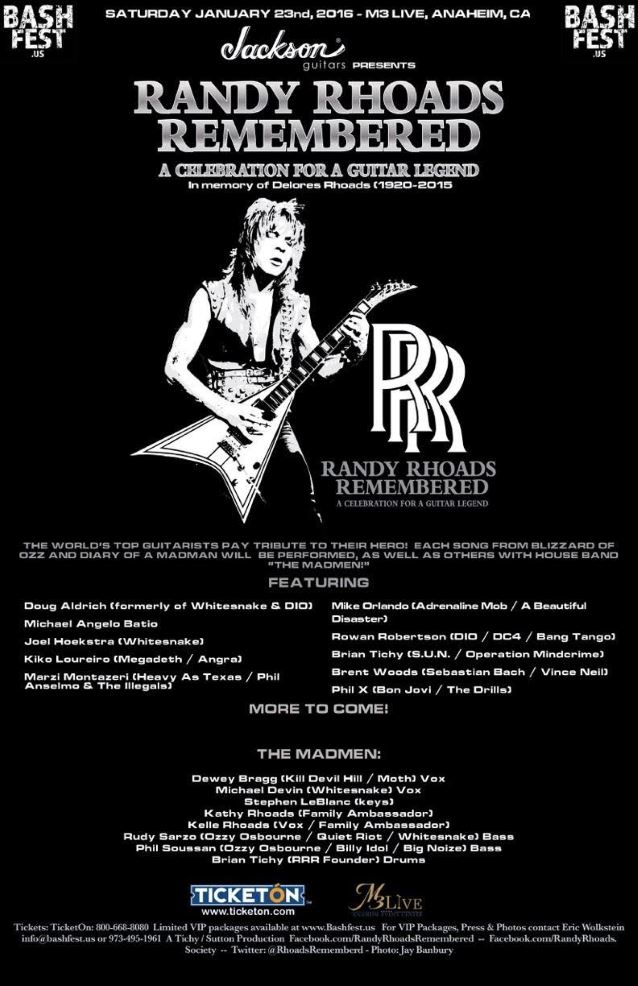