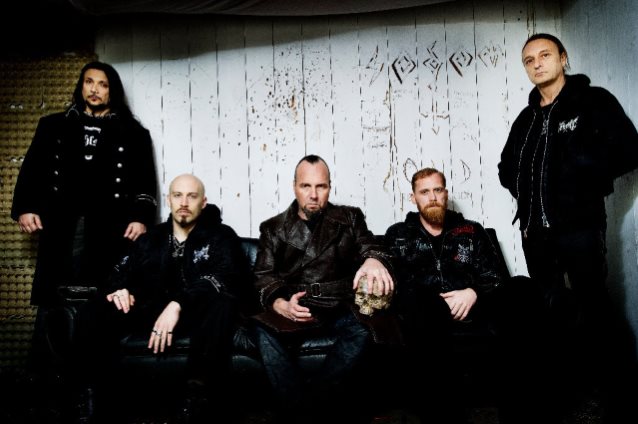 Norwegian black metal icons MAYHEM will embark on the second leg of their European live takeover this fall. The "Purgatorium Europæ - Pars Duorum" tour will commence September 29 in Berlin, Germany and ravage its way through twelve countries and nineteen cities, drawing to a close on October 27 in Gothenburg, Sweden.

MAYHEM vocalist Attila Csihar commented: "The first time I ever heard from MAYHEM was in '91-'92 when I received a letter from Euronymous. I did not know that message was going to change my whole life. They were looking for a new vocalist to replace Dead on their debut album. Of course, I agreed to their offer and in 1993 we recorded 'De Mysteriis Dom Sathanas', which, to me, remains one of the most magical albums of all time. The music opened some unfathomable dimensions that reached beyond what we were able to handle and it unleashed a complete chaos, which ended up at burning churches and eventually a murder within the band. It was almost impossible to release that record, but when it finally came out under the sun in '94, it left a lasting impact on the whole metal scene. The so-called 'second wave of black metal" was born in the cold and dark underground of Oslo. At the same time MAYHEM collapsed and got burned down as well. From those ashes, the band had to rise again, when MAYHEM reunited with some old and new members. Yet that album always remained so strong and so unique that even after my reunion with MAYHEM in 2004, we were still not comfortable to present it live in full. Time passed and the whole band got stronger and more experienced. In 2016 we suddenly felt that it was time to finally play the whole record in order to unleash That Beast after more than two decades. 'De Mysteriis Dom Sathans' will soon become alive!"

MAYHEM recently self-released "De Mysteriis Dom Sathanas Alive". Captured live in Norrköping, Sweden in 2015 during the band's headlining set at the Black Christmass Festival, the show marked MAYHEM's first time ever playing "De Mysteriis Dom Sathanas" in full. "De Mysteriis Dom Sathanas Alive" was recorded, mixed, and mastered by Tore Stjerna and NBS Audio and produced by vocalist Attila Csihar and guitarist Teloch with light production by Anne Weckstrom, stage design and production by Jonas Svensson, video recording by Thornfields Production, and video editing by Tamàs Tarczi. The offering is available now on CD, LP, and DVD, as well as digitally. A second pressing of the vinyl edition will be released June 30 on various limited versions. 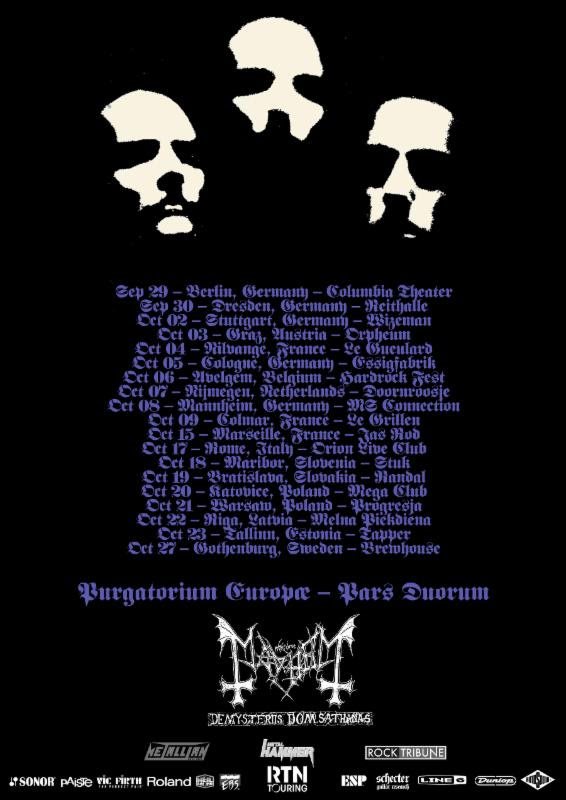