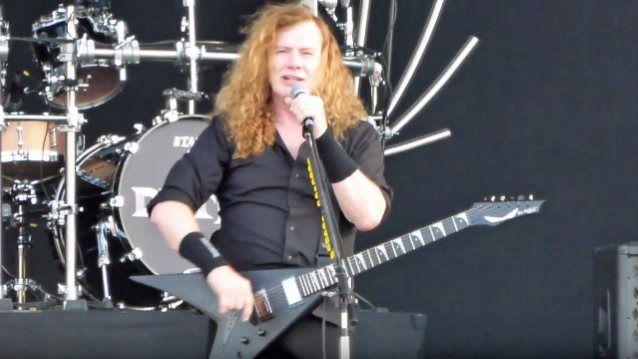 Fan-filmed video footage of MEGADETH's June 24 performance at Montebello Rockfest in Montebello, Quebec, can be seen below.

MEGADETH has spent more than a year on the road promoting "Dystopia", which arrived in January 2016. The group is currently touring with MESHUGGAH, TESSERACT and LILLAKE.

MEGADETH was honored with in the "Best Metal Performance" category in the pre-telecast ceremony at the 59th annual Grammy Awards, which was held on February 12 at the Staples Center in Los Angeles. MEGADETH was nominated for "Dystopia", the title track of its 2016 album.

In a 2016 interview, MEGADETH leader Dave Mustaine stated about the band's latest additions, Brazilian guitarist Kiko Loureiro, best known for his work with ANGRA, and former SOILWORK drummer Dirk Verbeuren: "Well, these guys are some of the best at what they do in the business, so it's really made me re-evaluate my playing. And usually I would not warm up before I would go out and play, because I know what I'm doing, and it's kind of like… I'm just a natural at it; for whatever reason, God blessed me with this gift. And seeing them now, they're just so fierce, it makes me wanna be the best I can be at what I do. Even if I am self-taught, even if it is something that I just was born with, I wanna be the best I can at it." 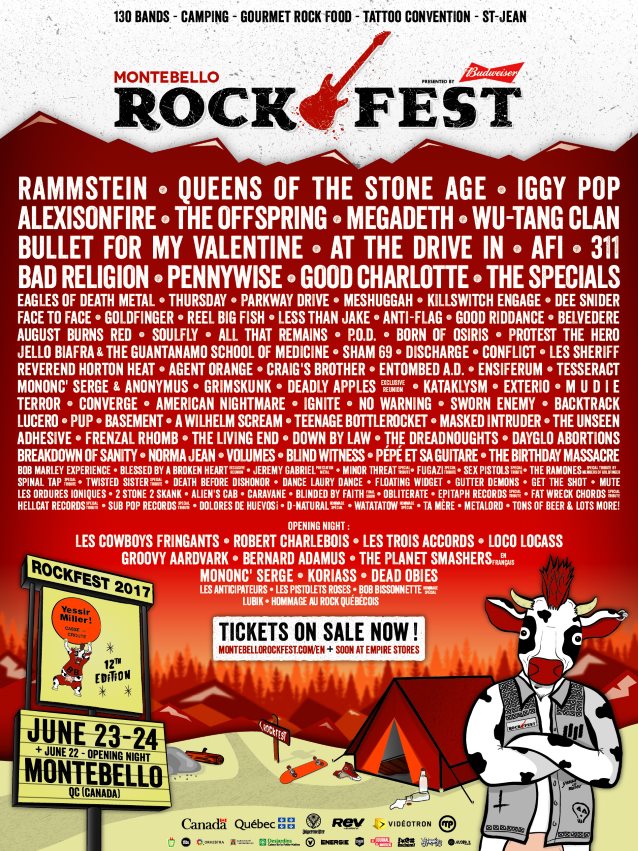