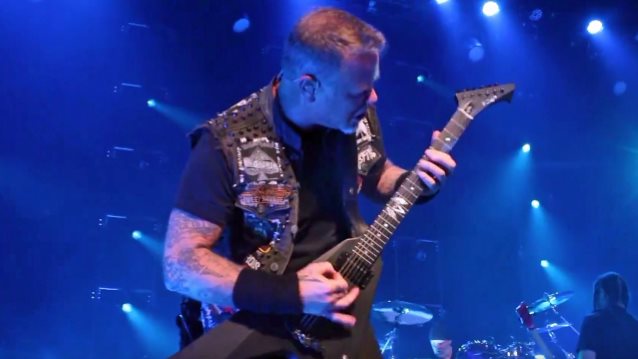 Professionally filmed video footage of METALLICA performing the song "Metal Militia" during the band's special intimate show on December 15 at the Fonda Theater in Hollywood, California can be seen below.

Tickets were first sold to fan club members for $25 each through a lottery system, and then to the public for $100 each. All proceeds were pledged to benefit the Los Angeles Regional Food Bank. Fans were also encouraged to bring canned foods and non-perishable items to the show for donation as well. METALLICA last month played a similar show in Toronto, with proceeds also going to a food bank in that city.

METALLICA's latest studio album, "Hardwired… To Self-Destruct", debuted at No. 1 on The Billboard 200 album chart, selling 291,000 copies in its first week of release.

METALLICA frontman James Hetfield recently said that the reaction to "Hardwired… To Self-Destruct" has been so positive, it has inspired him and his bandmates to release the next record sooner.

Speaking to Italy's Linea Rock about METALLICA's plans for the foreseeable future, Hetfield said: "I think we plan… At least for now, we've booked out two years [of touring]… at least. So I can't predict the future, but we start there and hopefully there's more than that. And I would like to make some new music sooner than eight years, for sure. [You get] such a pleasure and a joy of hearing your new music and having other people hear it. So we don't wanna wait that long."

"Hardwired… To Self-Destruct" consists of two discs, containing a dozen songs and nearly 80 minutes of music. 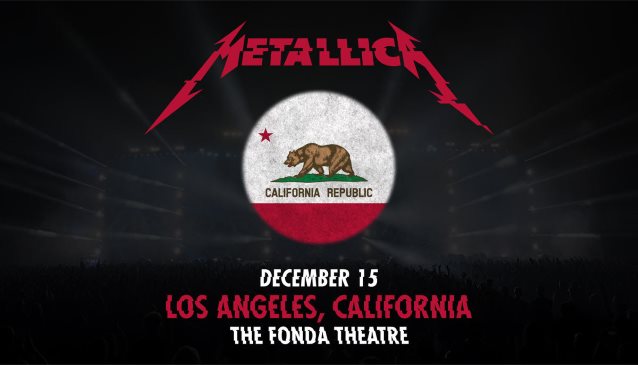