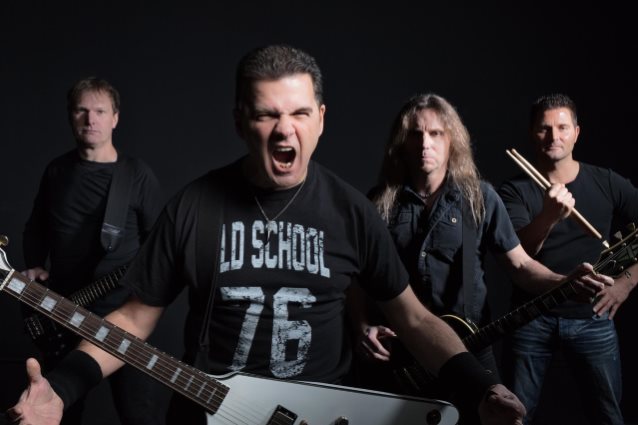 German power metal pioneers PARADOX, who were founded in February 1986, are reforming after 28 years in their original incarnation, with Charly Steinhauer (vocals/guitar), Markus Spyth (guitar), Roland Stahl (bass) and Axel Blaha (drums). This was the band's lineup for its debut album, "Product Of Imagination", that was released 1987. Soon they were hailed as the No. #1 German newcomer and their LP was named "Record Of The Month" in several print magazines. Also their second album, "Heresy", is considered to be an old-school speed metal classic.

PARADOX will play their first reunion show in the original lineup at the Bang Your Head!!! festival in Balingen, Germany next July. An appearance at the Harder Than Steel festival in Dittigheim will follow in late September. They will play an old-school setlist with songs from the first two albums.

The announcement of the reunion of PARADOX's original lineup comes six months after the band celebrated its 30th anniversary with the release of its seventh studio album, "Pangea". Issued in June via AFM, the follow-up to 2012's "Tales Of The Weird" was produced by Steinhauer. The effort was mixed and mastered by Panagiotis Katsaounis at P.K. Productions in Athens, Greece.