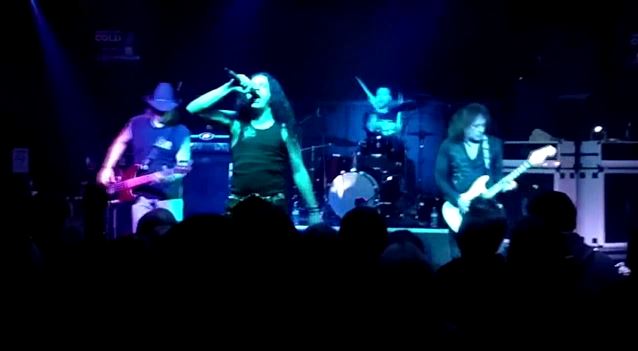 Bassist Ron Mancuso recently decided to leave RED DRAGON CARTEL in order to return to his production career. He was replaced by none other than Lee's former BADLANDS bandmate Greg Chaisson.

Chaisson and RED DRAGON CARTEL leader Jake E. Lee were half of the short-lived BADLANDS, which also featured current KISS drummer Eric Singer and the late singer Ray Gillen (who also had a brief stint in BLACK SABBATH). After the first BADLANDS album, Singer was replaced by Jeff Martin. The group lasted from 1988 to 1993 and released two albums, "Badlands" (1989) and "Voodoo Highway" (1991) before Gillen left and was replaced by John West. Ray's death in 1993 effectively ended any hopes of a BADLANDS reunion. The album "Dusk", consisting of BADLANDS demo recordings from 1992-1993, was released in 1998.

RED DRAGON CARTEL's self-titled debut album sold around 5,000 copies in the United States in its first week of release to debut at position No. 69 on The Billboard 200 chart. Released on January 28, 2014 via Frontiers Records, the CD was recorded at Las Vegas' The Hideout Recording Studio — owned and operated by Kevin Churko (OZZY OSBOURNE, FIVE FINGER DEATH PUNCH, IN THIS MOMENT) — and was produced by R. Bernard Mann (a.k.a. Ronnie Mancuso) and Jake E. Lee, and executive-produced, mixed and mastered by Churko.

RED DRAGON CARTEL's setlist includes new material like the singles "Feeder" and "Deceived", as well as major hits from Jake E. Lee's glorious past: "Bark At The Moon", "The Ultimate Sin" and "Rock 'N' Roll Rebel" (all originally recorded by OZZY OSBOURNE), as well as "Shine On" and "High Wire" (BADLANDS). 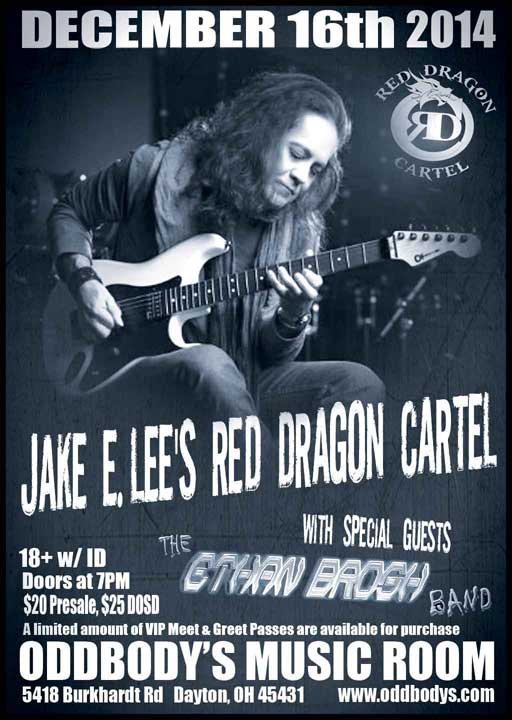