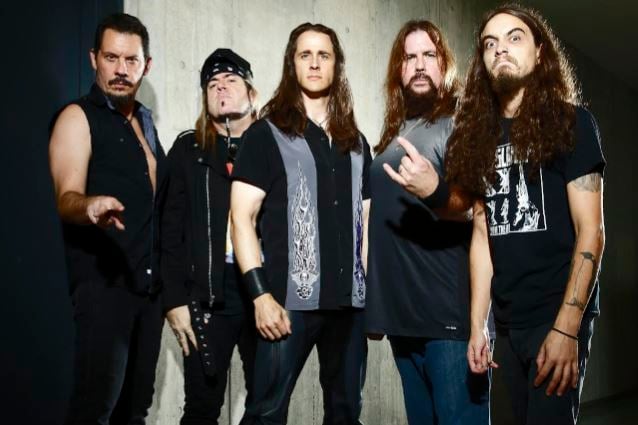 "Bring The Hammer Down", the new video from RIOT V, the band featuring the remaining members of legendary metal pioneers RIOT, can be seen below. The clip was filmed at Phat Cat Guitars in Saginaw, Michigan when the band was rehearsing for a tour of Japan. The video was edited by Sascha Weins.

"Bring The Hammer Down" is taken from RIOT V's debut album, "Unleash The Fire", which was released in October 2014 via SPV/Steamhammer. The CD marked the first release from RIOT without the late, great founding guitarist Mark Reale, who passed away in early 2012 and was limited on his participation on 2011's reunion album "Immortal Soul" because of his health issues. The band was encouraged at the request of Mark and the Reale estate to forge ahead in his honor and has dedicated this new offering to him.

RIOT V recently played number of dates with original "Fire Down Under" guitarist Rick Ventura. The trek included appearance at the Loud Park festival in Japan in early October.

"Unleash The Fire" promised to please fans of the "Thundersteel" era of RIOT, as main songwriter and longtime Reale music collaborator Don Van Stavern did much of the writing, as he did on "Thundersteel" and "The Privilege Of Power". Don is joined by longtime RIOT bandmate, songwriter and Reale's guitar partner of over 20 years, Mike Flyntz, to create what they feel is something they are proud to call a RIOT record. The RIOT V lineup is completed by powerhouse vocalist extraordinaire Todd Michael Hall (BURNING STARR, REVERENCE), Frank Gilchriest (VIRGIN STEELE, RIOT's "Army Of One") and former Mike Flyntz guitar student and resident shredder Nick Lee. 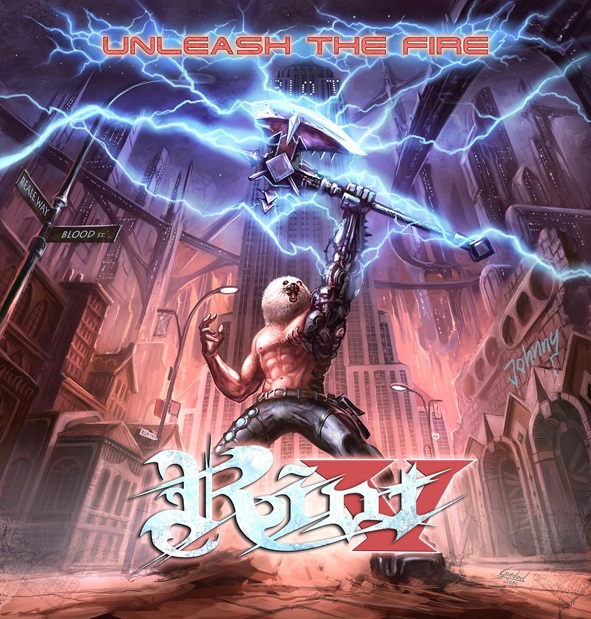