The video for "Black Grass Plague", a new song from former MARILYN MANSON and current ROB ZOMBIE guitarist John 5 (real name: John William Lowery), can be seen below. The clip was filmed last summer with John 5's buddies from THE CREATURES — drummer Rodger Carter and bassist Ian Ross — in North Hollywood, California. Directing and producing the video was Coffin Case founder Jonny Coffin, who previously worked with John 5 on the mini-series "Tales From The Crossroads" as well as the DVD for "God Told Me To" in 2012.

The cover artwork for the "Black Grass Plague" single, designed by John 5, can be seen below.

John 5 celebrated 11 years of solo work with a "Greatest Hits Vol. 1" album. The set includes a live DVD, featuring footage of John 5 in concert. John 5 also released three brand new singles, the first of which came out in October.

JOHN 5 & THE CREATURES toured in support of John 5's eighth solo album, "Careful With That Axe", which was made available on August 12, 2014 through 60 Cycle Hum. The effort features Rodger Carter on drums and Matt Bissonette on bass. 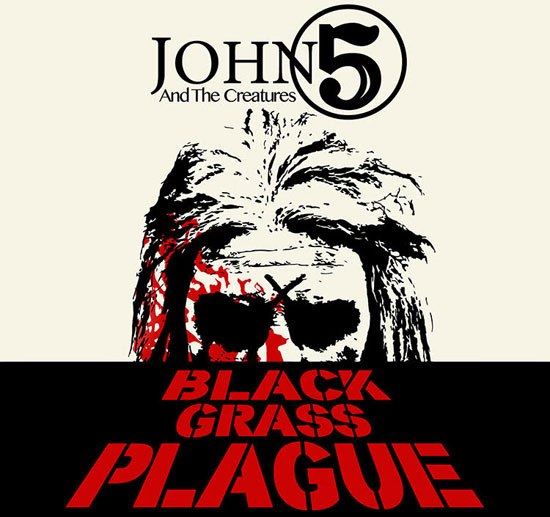