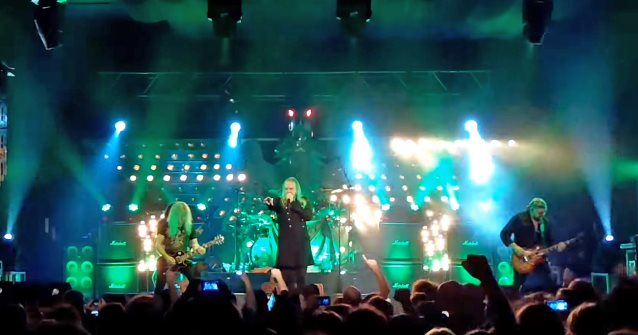 British heavy metal legends SAXON performed a cover version of the MOTÖRHEAD classic "Ace Of Spades" in memory of Lemmy Kilmister on December 17 in Madrid, Spain. Fan-filmed video footage of the performance can be seen below (courtesy of César Muela).

SAXON recently revealed that the band's forthcoming album will include a song dedicated to MOTÖRHEAD. "[It's] called 'They Played Rock And Roll', 'cause that's what Lemmy [late MOTÖRHEAD frontman] used to say every night [from the stage]," SAXON singer Biff Byford told Sonic Shocks. "It's basically about early MOTÖRHEAD — '79/'80 MOTÖRHEAD, like around 'No Sleep 'Til Hammersmith', 'cause that's the tour we were on, that one. So, yeah, it's about the band, really, and their music."

According to Biff, "They Played Rock And Roll" will be musically similar to Lemmy and Co. He explained: "I asked Nibbs [Carter, SAXON bassist] to write me some music that was like MOTÖRHEAD, and he did. So it sounds very MOTÖRHEAD-ish, but not MOTÖRHEAD, if you know what I mean."

"Battering Ram" was released in North America via UDR Music. The effort featured Byford alongside Paul Quinn and Doug Scarratt on guitar, Nibbs Carter on bass and Nigel Glockler on drums. 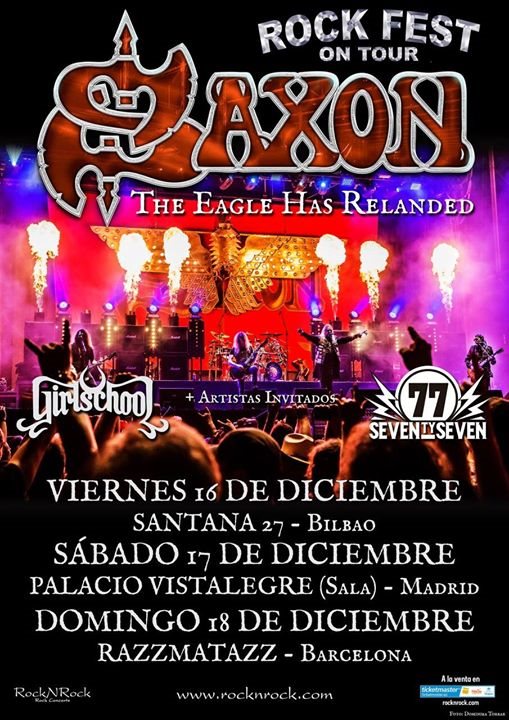