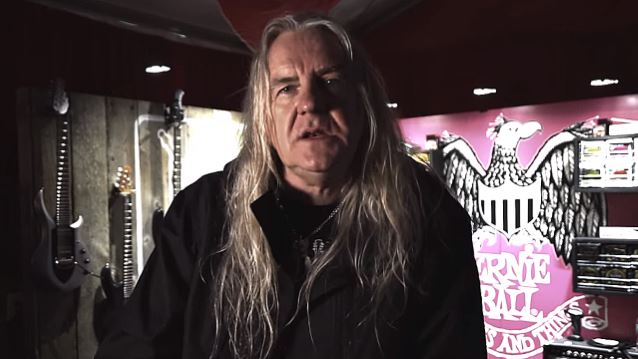 Vocalist Biff Byford of British heavy metal legends SAXON spoke to Louder Noise about the differences between metal then and now in terms of fashion, technology, music formats, and touring. Check out the clip below.

SAXON recently toured Europe as the support act for MOTÖRHEAD.

Byford recently told "The Great Metal Debate" podcast about the biggest change in the music industry since SAXON first started: "There have been quite a lot of changes. The digital thing was a messy change, when everybody wen digital. That was a crazy period, when we were experimenting with recording music on the Betamax video machine and stuff like this. We were all striving for a great sound, and the digital thing opened up a new level of quality. Obviously, the old-school vinyl stuff is back again. It's just different sounds, really. People these days, with the iPods and the streaming generation, I think people appreciate needles on vinyl and things like this. There's a big retro movement. But we've seen a lot of changes. I think maybe the digital thing… revolution was the biggest change in music… or, actually, in everything, really. You can make an album on a laptop now quite easily."