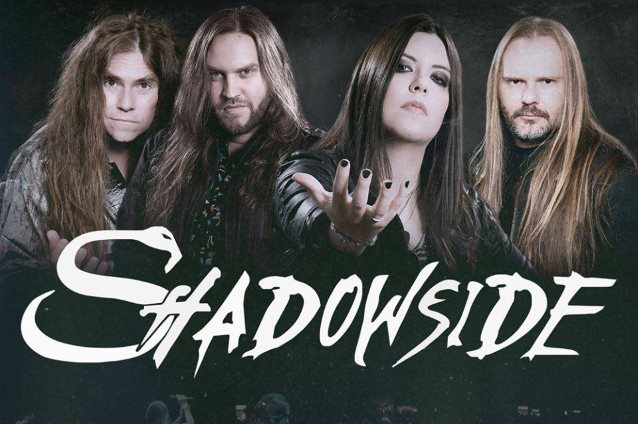 Brazilian/Swedish metallers SHADOWSIDE will release their new album, "Shades Of Humanity", in Japan on July 26 via Spiritual Beast, in North America/Europe on July 28 via EMP Label Group (the U.S.-based label of MEGADETH bassist David Ellefson), and in Brazil on September 4 via Furia Music.

"Shades Of Humanity" explores deep subjects such as depression, abortion, the Mariana Dam disaster in Brazil and mankind's moral values, branching out in musical ways nobody expected while still keeping their heavy guitar riffs and catchy melodies.

The album was produced and mixed by Fredrik Nordström (ARCH ENEMY, HAMMERFALL, EVERGREY, IN FLAMES, DREAM EVIL) and Henrik Udd (ARCHITECTS, DIMMU BORGIR, DREAM EVIL, ARCH ENEMY) in Gothenburg, Sweden. The cover artwork was developed by designer Douglas Jen of Furia Music, and demonstrates the heavy atmosphere of the lyrics, representing the several aspects of human personality, marked by defects and unfinished drawings that symbolize the imperfection of all people. 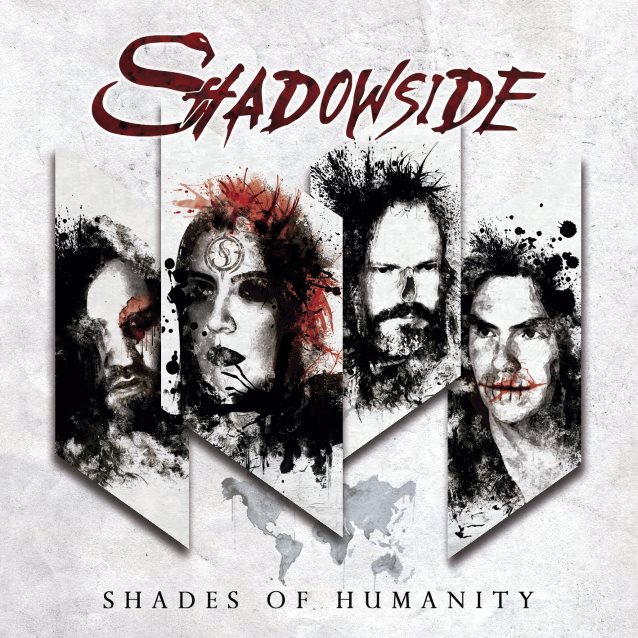