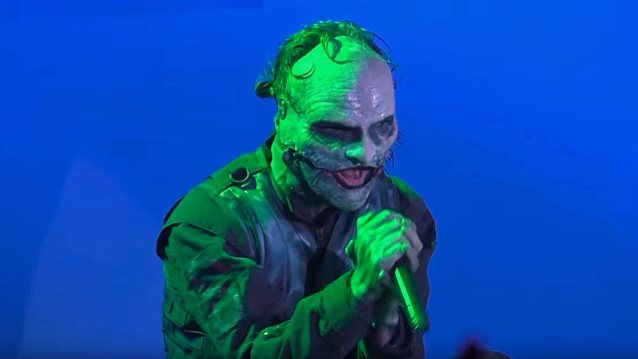 Multi-camera fan-filmed video footage of SLIPKNOT's January 26 performance in Vienna, Austria can be seen below.

SLIPKNOT kicked off its latest European headlining tour on January 18 in Helsinki, Finland.

SLIPKNOT has selected "Goodbye" as the next single from its Grammy-nominated new album, ".5: The Gray Chapter".