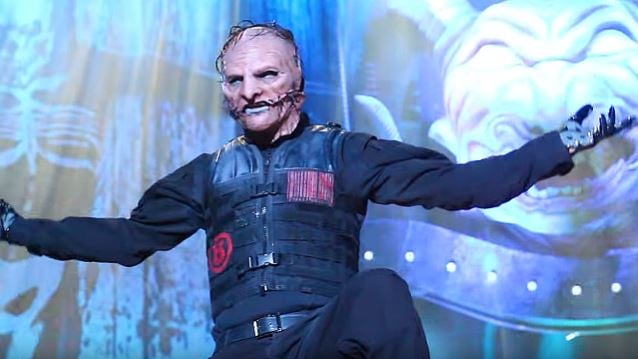 SLIPKNOT's latest album, ".5: The Gray Chapter", has been certified gold in Austria for sales in excess of 7,500 copies.

A photo of SLIPKNOT drummer Jay Weinberg posing with his gold plaque can be seen below.

".5: The Gray Chapter" has sold 383,000 copies in the United States since its October 2014 release, according to Nielsen SoundScan.

SLIPKNOT has selected "Goodbye" as the next single from ".5: The Gray Chapter".

Weinberg is the son of Bruce Springsteen drummer Max Weinberg.

SLIPKNOT announced its split with drummer Joey Jordison in December 2013 but did not disclose the reasons for his exit. The drummer subsequently issued a statement saying that he did not quit the group.

Weinberg was previously in the punk band AGAINST ME! and left under less-than-friendly circumstances.