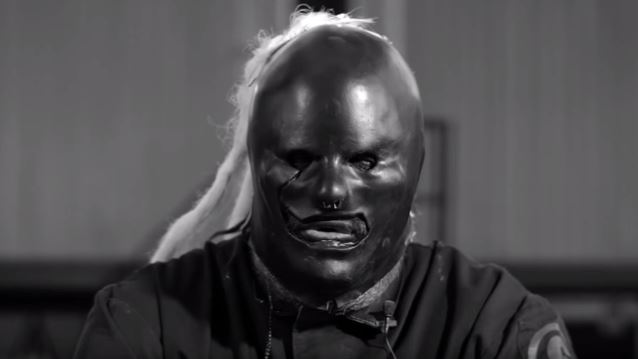 Shawn "Clown" Crahan of SLIPKNOT is featured in the latest episode of PureGrainAudio's "Tales Of Touring Terror" series. Check it out below.

SLIPKNOT's latest album, ".5: The Gray Chapter", was released following a six-year hiatus during which the band's original bassist Paul Gray died and drummer Joey Jordison was dismissed. Since the CD's release, several of the SLIPKNOT band members, including guitarists Jim Root and Mick Thomson, have expressed hope that the group could record the follow-up effort sooner than expected, with Root claiming in interviews to have already begun compiling ideas for SLIPKNOT's next release.

The latest single released from "The Gray Chapter" is called "Killpop".

SLIPKNOT's "Summer's Last Stand" tour kicked off on July 24 in West Palm Beach, Florida, and wrapped on September 5 in Dallas.