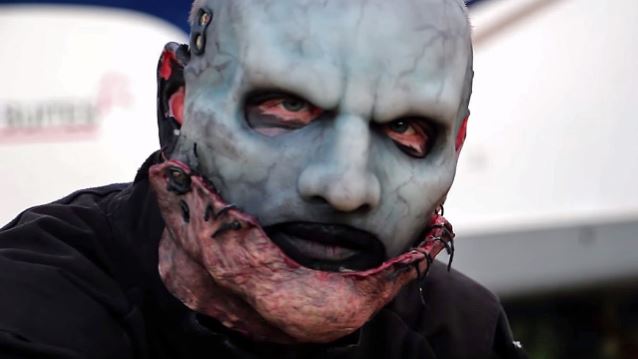 SLIPKNOT frontman Corey Taylor recently spoke to the Austrian national radio station FM4 about his appreciation for early rap records from the 1980s. He said: "I don't know if you've seen the movie 'Straight Outta Compton' — it's a fantastic, fantastic movie. So good. I remember seeing it and it kind of helped me to rediscover my love for old-school hip-hop. It sparked my memory of growing up with that music. And that's kind of gotten me listening to a much more rugged form of hip-hop — where it's abrasive and in your face and so full of life! And that's kind of been an inspiration to me to kind of take a new look at the way I write music."

He continued: "Every once in a while, you have to remind yourself why you make music. I love to make a certain type of music. It's got to be music with passion and heart, and watching that movie really inspired me to reinvest myself and get right back into it and just leave nothing on the table."

In a 2014 interview with Mac Lethal, Taylor listed his five favorite rappers. He said: "For me, in no order… Chuck D., [Ice] Cube… Ugh... He's the man. Ice-T. Tech9; he's fantastic. He's a good friend too, so it's pretty rad. And the fifth… Man… Any one of the BEASTIE BOYS, because they're the fucking… they're the men."

Taylor, who worked with TECH N9NE on a song called "Wither" last year, said in 2013 that he would welcome another chance to step outside of hard rock and metal. He said: "To be honest, and this comes out of left field, but I would love to do something with Jay-Z or Eminem. I have no limitations when it comes to the stuff I want to do musically. So to be able to do something like that I think would be really, really cool."

SLIPKNOT kicked off a European headlining tour on January 18 in Helsinki, Finland.