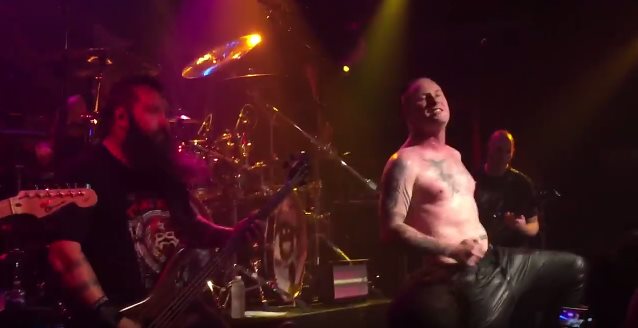 STONE SOUR played a special show last night (Thursday, June 29) at The Troubadour in West Hollywood, California in celebration of the band's new album, "Hydrograd", which is officially being released today. The sold-out concert marked a rare intimate Los Angeles-area performance for STONE SOUR, which is fronted by SLIPKNOT singer Corey Taylor.

Video footage of the show can be seen below (courtesy of Jessica Chase).

Taylor opened up in a recent interview with Metal Hammer about guitarist Jim Root's 2013 exit from STONE SOUR, suggesting that "everybody blamed" him for Root's departure, making it difficult for a while for the two of them to keep playing together in SLIPKNOT.

Taylor revealed: "It was a difficult time for me, largely because everybody blamed me. Obviously, being on the road with Jim in SLIPKNOT was tight sometimes, but I feel like we were able to put a lot of that aside because I think in a way he realized that he wasn't happy — maybe not just with STONE SOUR but in general."

Root was dismissed from STONE SOUR in late 2013 after he elected to stay home and work on new SLIPKNOT material instead of go out on another STONE SOUR tour. He was replaced by Christian Martucci.

Root and Taylor continue to play together in SLIPKNOT, which is currently on hiatus after completing a two-year tour cycle for its 2014 album, ".5: The Gray Chapter".

Root did not speak well of STONE SOUR in several interviews he did after his dismissal, saying, "Some of the guys in STONE SOUR… they just want to be a radio band and write strictly for radio and try to be more of a poppy rock band. And that's not really what I'm into. There's at least one guy in the band that's only concerned about money. I really have no desire to associate with people like that anymore." 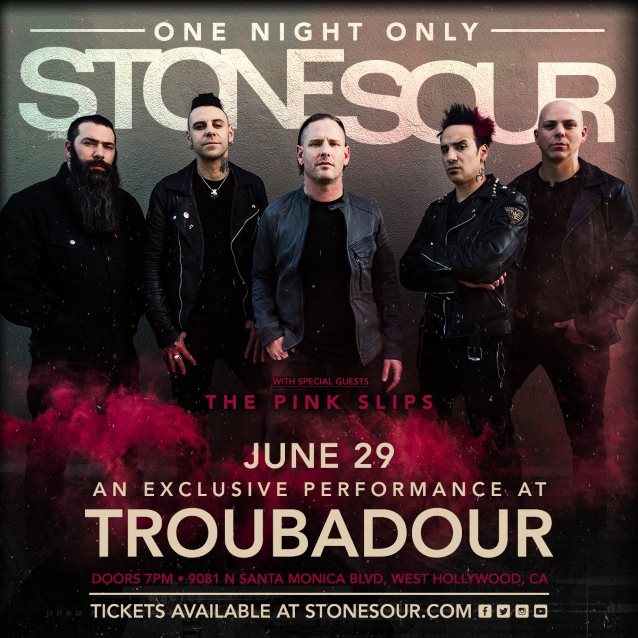