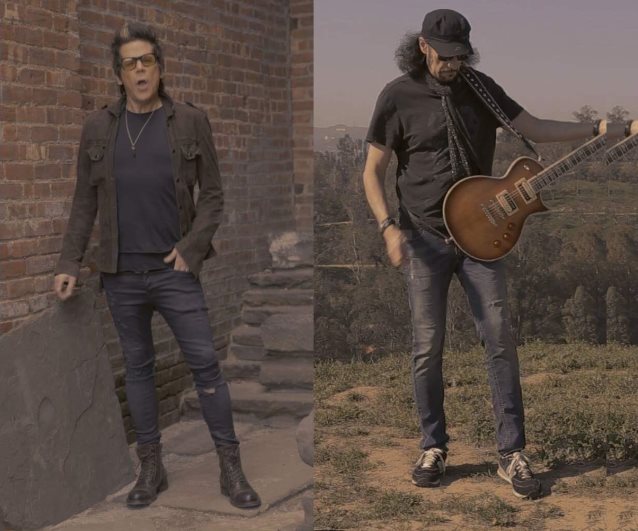 Haglund has been a professional musician for 20 years now."At the age of 15, I already knew that I wanted to become a musician," he says. However, as a teenager a lot revolved around the rock star myth.

Robert was realistic and talented enough to actually become a trained musical artist, going on the become hired for both shows and musicals. When he saw the DRIFTERS live, he got the idea to form a vocal group. Thus, the FANTASTIC FOUR were born, combining Motown soul with crooner aesthetics.

All along, Robert kept enjoying his old favorite rock bands, like KISS and VAN HALEN — rockers with a strong image and great songs with a groove. Soon the idea was born to revisit the world of rock, but from a jazz angle. It wasn't as far-fetched as it may seem. VAN HALEN always had influences from swing jazz — the father of the Van Halen brothers was a jazz clarinetist, and even played on some of the band's albums. "It was also through their lead singer, David Lee Roth, that I discovered Frank Sinatra," says Robert, who once was a contestant in the Swedish version of "Stars In Their Eyes", sucessfully taking on the role of Roth.

The idea of an album took shape. Having guest artist seemed obvious, but Robert wanted to whip the material into shape first, in order to be able to present the concept clearly. He took his ideas to multi instrumentalist Erik Mjörnell, together with whom he created most of the arrangements. A lot of songs were tried out, since not all had the natural swing it took for them to work in this setting.

"Arrangements of this type aren't put together in 15 minutes," Robert explains. It had to sound alive, natural and not like the new instrumentations were forced upon the songs.

When the track listing was decided on, and arrangements finalized, he started contacting a number of musicians and vocalists. To make sure their hearts were in it, he let them decide which songs to contribute to.

The first one to show interest was Kulick, solo guitarist of KISS between 1984 and 1996. "He got back to me the very day after I had contacted him," Robert says. Bruce only works with projects that he genuinely likes, and he found this project to be cool, and well put together.

The fact that Kulick ended up appearing on three different tracks was the seal of approval needed to get others on board. Sarzo joins Kulick on the KISS classic "Love Gun".

"Sarzo turned out to be another humble star with a big heart," Robert says. "He spends a lot of his time taking care of homeless dogs."

The album also features a few Scandinavian musicians and vocalists of note.
Marcello gets to showcase his jazz rock and fusion chops in "The Price" by TWISTED SISTER.

"Kee is a super musician whose versitality not eveyone is aware of," Robert enthuses. He really made the song shine. If you listen carefully, you can even find a litte tribute to THE BEATLES' "While My Guitar Gently Weeps" in there.

Robert was also very pleased with THIN LIZZY's "Don't Believe A Word", a duet with Harnell.

"Tony loves LIZZY, and his voice has a bluesy tone that suits the song perfectly," Robert says.

The Swedish stars singing duets with Robert on the album aren't half bad, either. Jan Johansen has his roots in melodic rock, while Svante Thuresson is the only one guesting the album who originally comes from the jazz and swing world.

"Svante turns 80 next year, but is still curious about new things," says Robert.

The legendary singer chose to lend his smooth voice to "Ain't No Love In The Heart Of The City", a Bobby Bland classic that WHITESNAKE took to another level.

The title track, "I Wanna be Somebody", was originally written and recorded by W.A.S.P. Another visual, highly image-driven band that Robert grew up listening to.

"Some may think that the title referes to me, but it's mainly about the fact that a lot of people today want to become celebrities at any cost," Robert says. "Our whole society seems to be consumed by this dream of becoming famous."

All in all, there are ten brilliantly re-arranged rock classics on the album.

Needless to say, Robert is pleased that it will finally see the light of day.

"It's easy to lose heart at times, when the jigsaw is spread out, you have kids and everything seems to take more time than it should," Robert says. "But, just like my childhood heroes, I refused to let others decide on my destiny. If one door closes, another one usually opens, and now the album is finished!"

It is Robert's hope, and belief, that listeners will find these versions worthwhile.

"A lot of rockers probably feels that they have heard a song like 'Enter Sandman' enough times. Here they may find new sides to the song, and others on the album."

"I Wanna Be Somebody" will be released August 19 on MMS Records, and distributed by Universal Music. The release will be followed by live gigs in a slightly smaller format.

The video for "Don't Believe A Word" can be seen below. The clip was filmed in Stockholm, New York and Los Angeles. 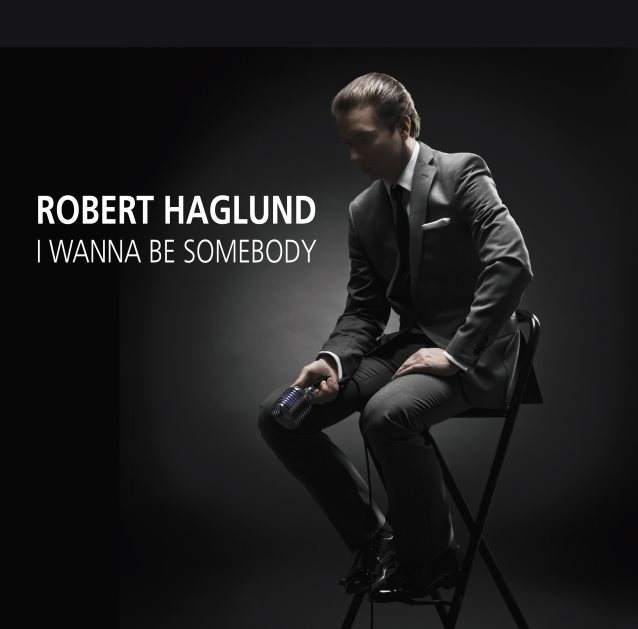 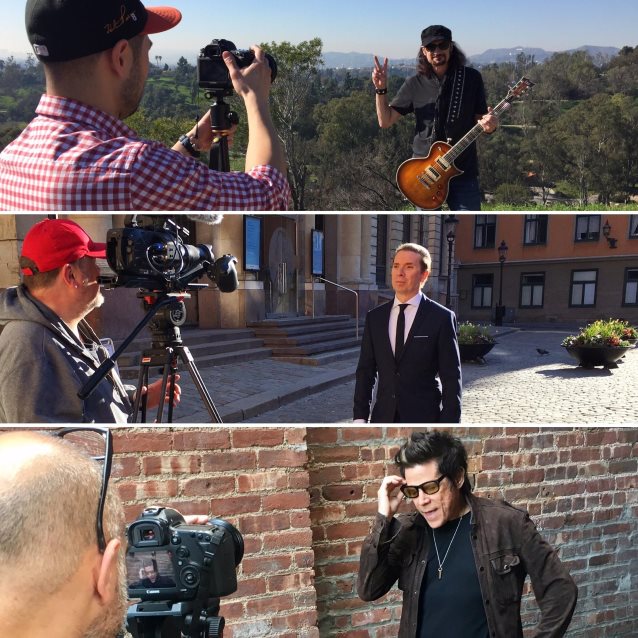