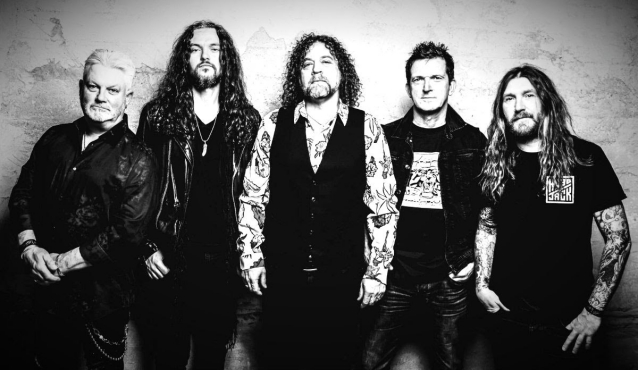 "White Lines", the new video from TYGERS OF PAN TANG, can be seen below. The song is taken from the band's upcoming album, "Ritual", which will be released on November 22 via Mighty Music. This will be the band's second effort with the label and also the second recording by the current TYGERS lineup. The LP was recorded at ex-TYGERS guitarist Fred Purser's studio in Newcastle Upon Tyne and mixing and additional production was again conducted by Søren Andersen, most recently known for his role as Glenn Hughes's guitarist. Mastering done by Harry Hess (HAREM SCAREM).

TYGERS OF PAN TANG said about the new single: "'White Lines', the first single from 'Ritual', refers to life on the road and a soul of a party, so we wanted a video that was dark, moody, fast-paced and captured the energy of the band. Gav envisioned the idea for the video to be black and white with quick fire edits. The original song demo was an idea that Robb had and Craig had done a bunch of lyrics for. We'd been jamming the original demo and were actually about to drop the song but we knew the chorus vocal melody and lyrics were strong. Micky began jamming different riffs and played what eventually became the verse riff to the song which the guys said, 'Yeah, that's the one.' The rest of the song began to fall into place from there with Jack's vocal ideas being the cherry on the top ... It's a great taster for what the new album has to offer and we're sure after you've heard the chorus once you'll be singing along to it again and again..."

Of the album title, vocalist Jack Meille explained: "Making an album is some kind of ritual. There is something sacred in writing songs as nobody can really tell where the inspiration for a riff or a melody comes from. You can never tell when it's the right time to write a song and you can allow yourself to be inspired; it's like embracing the energies of all members and being connected."

TYGERS OF PAN TANG is: 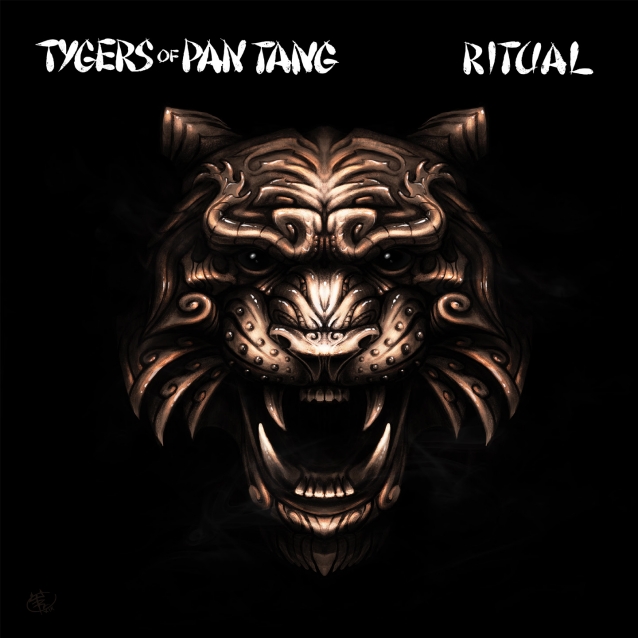