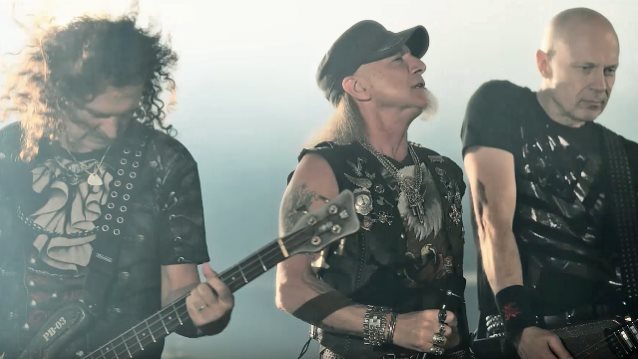 "The Rise Of Chaos", the official music video for the title track of the new album from German/American metallers ACCEPT, can be seen below. The disc will be released on August 4 via Nuclear Blast.

ACCEPT guitarist Wolf Hoffmann told Spain's MariskalRock TV about "The Rise Of Chaos": "It was recorded by the same team as the last three albums — it was Andy Sneap producing and Mark Tornillo on vocals and Peter Baltes [bass] and myself in the band. We have two new members, but other than that, it was recorded and written exactly the same way as all the other previous three albums. [It was] recorded mainly in Nashville, mixed in England. And, yeah, we took all of last year to write the songs, and I think it sounds [like] typical ACCEPT."

Regarding the "The Rise Of Chaos" title, Wolf said: "The title just seemed to come out of nowhere. It really seems to fit the times that we live in. It really means the world is getting more and more chaotic, and that's what we feel like. So when we had the [title track], it seemed to just fit the times that we live in. It's not really about any chaos in particular, but if you look at politics nowadays, there's chaos; if you look at the global warming or the climate change, that's chaotic; or a lot of the Syrian crisis and the refugees in the world, there's so much chaos around us. So that's what it is about."

Hoffmann told Finland's Kaaos TV that ACCEPT's goal is to continue writing music as if it sounded like it was created thirty years ago. "Absolutely, and if you want it to sound like it sounded back then, you've gotta use what you know worked back then," he said. "That's how we've been doing it back then, so we're doing it still the exact same way. My goal is always to write songs that I could have written 30 years ago, just never did. I want it to sound somewhat old-school and '80s, only with a modern touch and modern sound, fresh ideas and all of that. But, really, the core of the music should be like back in the '80s."

The cover artwork for "The Rise Of Chaos" was created by the Hungarian artist Gyula Havancsák and can be seen below. 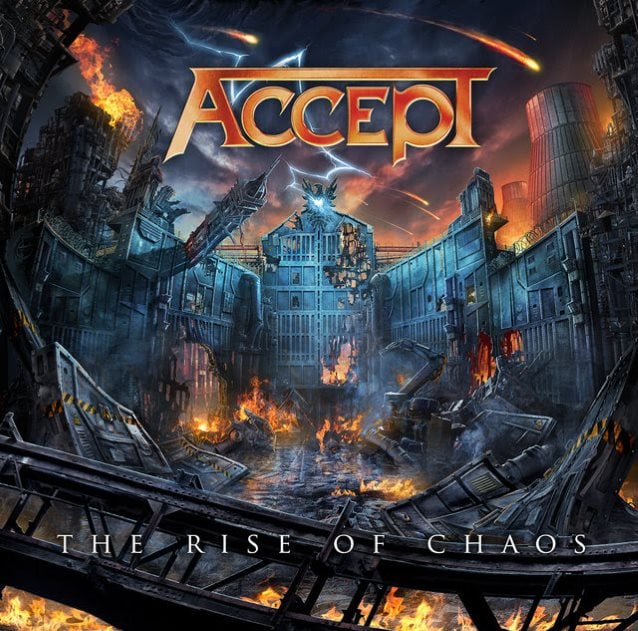